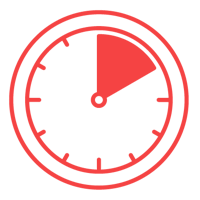 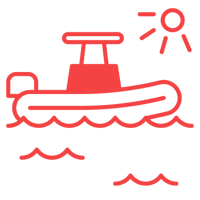 We guarantee you visit Molokini or we will give you a full refund, no questions asked.

Let us know if you can find another company that will make this same guarantee :)

The trip is perfect for…

We are happy to provide

Molokini Crater is a small islet off the southwest shores of Maui. It is a unique geological feature, and is home to abundant wildlife both above and below the water. With little sediment runoff into the ocean, the visibility at Molokini is a snorkeler’s dream! There are many different types of corals and algae, hundreds of species of fish, and let’s not forget the birds that can be seen soaring in the sky and nesting on the land. If you’re lucky you may spot an octopus or an eel, or get to swim with a manta ray or reef shark!

History:
Around 230,000 years ago, the volcanic caldera that we call Molokini was formed. Back then the entirety of the caldera was exposed. However, since the melting of the ice caps from the most recent ice age some 20,000 years ago, sea levels have risen to a point where only the southern edge of the crater protrudes from the water; creating the crescent-shaped islet we see today.
Geological and historical records tell us that Molokini was used by early settlers of Hawaii for fishing, hunting, and gathering. Not only was it used for sustenance, but Hawaiian mythology describes the islet’s formation and cultural significance with intricate legends and stories.

More recently, Molokini suffers from damages caused during the World War II era. Following the bombings of Pearl Harbor martial law was declared. Molokini and its neighboring island Kaho’olawe were used for target practice. Evidence of the bombings can still be seen today. From the 1950s to the early 1970s, black coral was harvested commercially as a precious commodity. Eventually, after years of public outcry and lobbying, Molokini and its surrounding 77 acres were established as a Marine Life Conservation District and Bird Sanctuary. Permanent moorings are installed to prevent anchors from dragging across coral beds, there are limited numbers of commercial vessels permitted to operate there, and it is illegal to fish, touch, feed, or take anything within the preserve. Molokini is a beautiful snorkel destination, and it is up to us to remember and honor its unique history while respecting the wildlife that call it home!

Book Online and Save $10